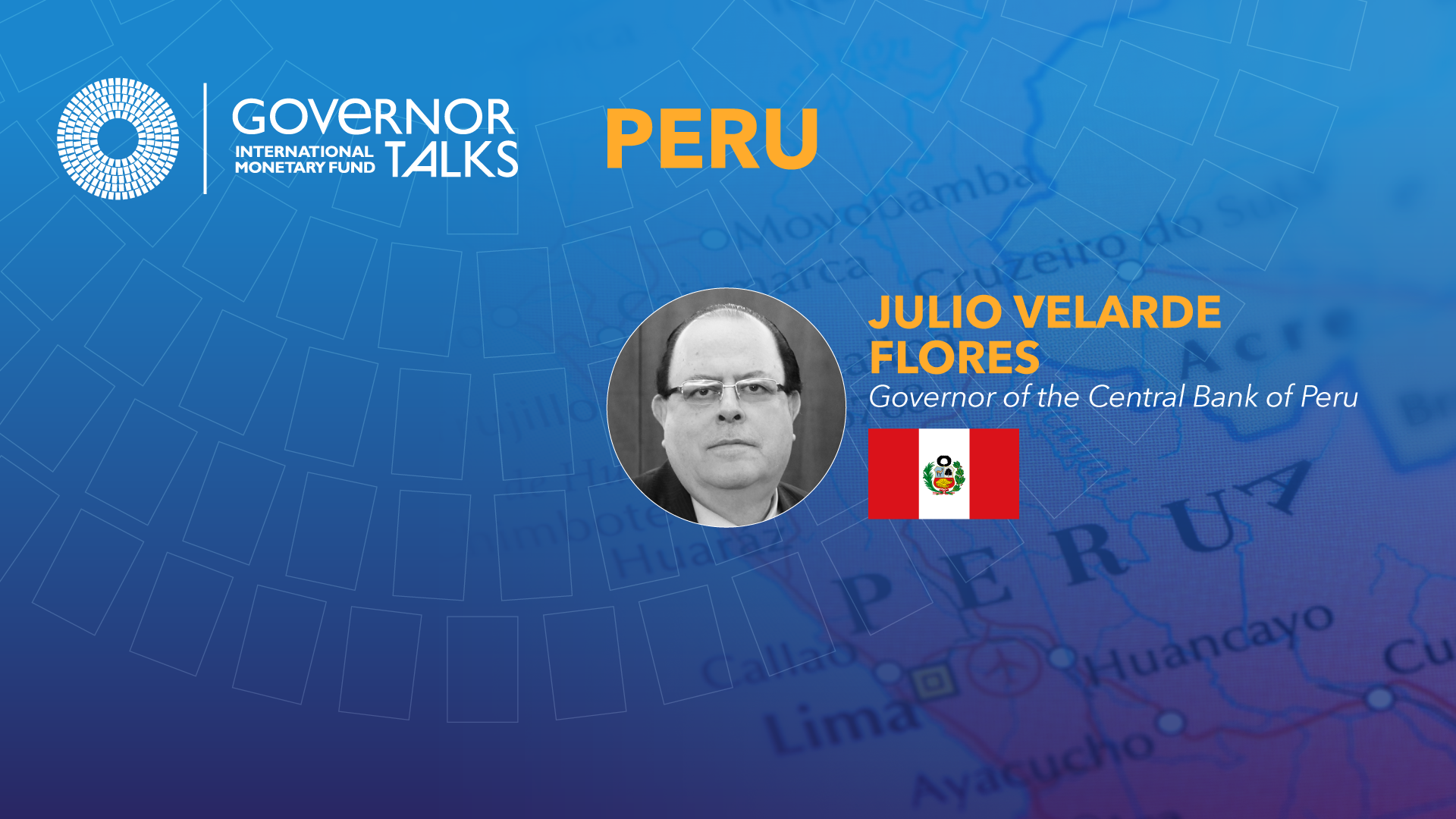 Julio Velarde is Governor of the Central Reserve Bank of Peru (BCRP). He was first appointed in October 2006 and was subsequently confirmed in that position in 2011 and 2016. He has also been twice a member of the BCRP Board of Directors. Prior to becoming BCRP Governor he served as President of the Latin American Reserve Fund (FLAR) and the governing body of the Center for Latin American Monetary Studies (CEMLA). In 2018 he was appointed as pro tempore Chairman of the Intergovernmental Group of Twenty-Four on International Monetary Affairs and Development (G-24).

Mr. Velarde graduated from the PhD Program in Economics at Brown University. During his academic career he served as Professor and Dean of the Department of Economics at Universidad del Pacífico (Lima, Peru). He has also been board member of several commercial banks and non-financial companies.

Mr. Velarde is the author of several books and articles on macroeconomics and political economy, and is a frequent speaker at international events and forums.

Alejandro Werner assumed his current position as Director of the Western Hemisphere Department of the International Monetary Fund (IMF) in January 2013. A Mexican citizen, Mr. Werner has had distinguished careers in the public and private sectors as well as in academia. He served as Undersecretary of Finance and Public Credit of Mexico (December 2006–August 2010) and Head of Corporate and Investment Banking at BBVA-Bancomer (August 2011 until end-2012). Previously, he was Director of Economic Studies at the Bank of Mexico and Professor at ITAM, Instituto de Empresa, and Yale University. He has published widely. Mr. Werner was named Young Global Leader by the World Economic Forum in 2007. Mr. Werner received his Ph.D. from the Massachusetts Institute of Technology in 1994.