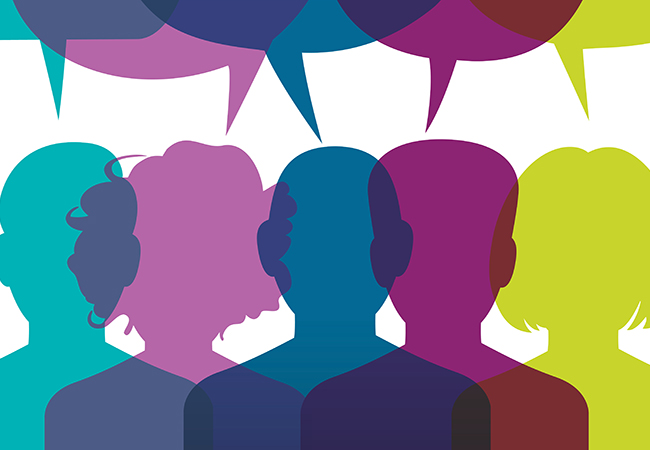 This session will focus on key dimensions of youth employment, including trends in labor markets, gender roles, and informality, as well as their economic and social implications. Panelists will discuss the role of well-functioning labor and product markets, trade, and technology in providing potential opportunities for youth.

The global economic crisis hit young people especially hard, and while gains have been made, youth continue to experience high unemployment rates and job insecurity. Panelists engaged in a wide-ranging conversation on how youth can find employment and purpose, and the role policymakers can play in this regard.

Beyond data. Although statistics suggest that youth employment has improved since the global financial crisis, the real story is more complex. Buckley noted that the experience of youth in the workforce cannot be captured by simply noting employment status; equally important is the type of work and the quality of the jobs. Much of the work performed by young people is casual, short-term, temporary, and informal.

Technology. Zaky noted that technology presented great opportunities for young people and entrepreneurs. However, Chebbi and Mkuzo were more measured about technology’s potential to solve problems faced by youth. At the heart of their concerns were issues of access, with Chebbi noting that half of the world remained offline, particularly refugees and migrants. Buckley noted that technology was also changing the nature of the workplace and the conditions of work. While the “gig” and “platform” economies presented new opportunities for workers, they also provided less access to social protections than traditional employment.

Education. Panelists generally agreed that the skills mismatch in the economy was connected to an outdated educational system. Buckley noted that soft skills and creativity were a requirement for success in today’s world, but were not often taught in traditional educational settings. Sadriu noted that governments needed to support education in broader terms—ranging from early childhood education to lifelong learning and vocational training.

Policies. Mkuzo called on policymakers to create an enabling environment for sustainable entrepreneurship that would encompass tax policy, infrastructure, and access to markets and funding. Sadriu noted that her government was piloting the concept of youth budgeting, in which potential legislation would be evaluated by how it would support youth in the labor market, education, and other fronts.

“Often young people are particularly affected by fundamental challenges like conflict, instability, climate change, and corruption. We all have a responsibility, especially policymakers, to build the foundations for a stable and prosperous future.” Carla Grasso

“This generation is questioning its purpose…We’ve been telling the youth what to be—be an entrepreneur, be a leader, be this, be that—let the youths be whatever they want to be.” Aya Chebbi

“You can’t say to the youth that they must become entrepreneurs when there is no enabling environment…We need policies that enhance entrepreneurship.” Anele Mkuzo

“Clearly technology is an opportunity, particularly for young people. But it’s also important to recognize that technology can be a threat.” Graeme Buckley

“No matter how many great ideas you may have among entrepreneurs and businesspeople, you always need a government that’s interested in supporting that through policy.” Dr. Vjosa Osmani Sadriu

“Our education [system] looks like an obsolete product.” Achmad Zaky

Ms. Carla Grasso assumed office as Deputy Managing Director and Chief Administrative Officer (CAO) of the Fund on February 2, 2015. Ms. Grasso is a dual national of Brazil and Italy.

In her new role at the Fund, Ms. Grasso oversees all the Fund’s administrative functions, coordinates the budget, human resources, technology, general services, and internal audit, to ensure the efficient, effective, and comprehensive management of these functions, which are vital to the Fund’s overall effectiveness. She also oversees the IMF’s capacity-building and training work.

Before coming to the Fund Ms. Grasso worked for fourteen years, at Vale S.A., one of the world’s largest mining companies, serving as Vice President for Human Resources and Corporate Services from 2001 to 2011. During that time, she led efforts to modernize the company—with operations in 38 countries and involving 138,000 people—in the areas of human resources, IT, procurement, communications, and health and safety.

Before joining Vale S.A., Ms. Grasso served as Secretary of the Brazilian Supplementary Social Security Office from 1994 to 1997, and also held several positions as Advisor and Coordinator in the Ministries of Social Security, Finance, and Planning, as well as in the Office of the President of Brazil. She participated, inter alia, in the creation and proposal for social security system reform and assessment of the funding needs of the public sector in Brazil, with a focus on fiscal and tax areas.

Ms. Grasso holds a Masters degree in Economic Policy from Universidade de Brasília and was Professor of International Economics and Monetary Economics at the Pontifical Catholic University of Brasília, and of Economy Mathematics at the Centro Universitário do Distrito Federal. In 2014 she was Professor of Business Education at Insper (Instituto de Ensino e Pesquisa) in Sao Paulo.

Ahmed Shihab-Eldin is an Emmy-nominated journalist working for AJ+ as a Senior Correspondent. In 2010, Ahmed created, produced and co-hosted Al Jazeera English’s “The Stream,” an award-winning interactive talk show nominated for an Emmy award for Most Innovative Program in 2012.

Mr. Graeme Buckley has held the post of Director of the ILO Decent Work Technical Support Team for East and South-East Asia and the Pacific and ILO Country Office for Thailand, Cambodia and Lao People’s Democratic Republic (DWT/CO-Bangkok) since 1 November 2017.

Aya Chebbi is an award-winning Pan-African feminist and Tunisian activist. She is the founder of Afrika Youth Movement, one of the largest pan-African youth-led movements and a renowned blogger since the 2011 Tunisian revolution. Ms. Chebbi also currently sits on the Board of Directors of CIVICUS, the World Refugee Council, and the Oxfam High-Level Independent Commission on Sexual Misconduct. She has been an advisor and consultant on gender and youth for international organizations including the United Nations and the African Union Commission. Ms. Chebbi was voted one of the 100 Under 40 Most Influential Africans in the World in 2016 and 2018 and received a Pan-African Humanitarian Award in 2017.

Anele Mkuzo is Managing Director of the African Entrepreneurship Initiative, a consulting and entrepreneurship education training company with a focus on the youth within townships and peri-urban areas in South Africa. She also facilitates design thinking sessions on enterprise development programmes for youth start-ups and scale-up businesses. In 2016, Anele was nominated as one of Mail & Guardian’s Top 200 Young South Africans in the Education category. Prior to that, she received an award for designing the National Home Builders Regulatory Council Women Empowerment Programme at the 2015 South African Construction Awards, which recognizes excellence across Africa. In August 2017, Ms. Mkuzo won the Fairlady Women of the Future Rising Star award. Ms. Mkuzo holds a Post Diploma in Business Administration from the Gordon Institute of Business Science in South Africa.

Dr.Vjosa Osmani Sadriu (MP) is now serving her third mandate as a Member of Parliament in Kosovo. She chairs the Committee for Foreign Affairs, Diaspora and Strategic Investment. She also teaches international law courses both in Kosovo as well as in the U.S.