Major structural shifts continue to transform the global economy, and many legacy issues from the global financial crisis remain challenging. The confluence raises vulnerabilities and alters the nature of risks, underlining the need of further reforms of international monetary system (IMS). What is the implication of RMB being included in the SDR basket? How can the cooperation between the IMF and Regional Financial Arrangements (e.g., CMIM) be enhanced? How should the IMF’s toolkits be reformed to help members better manage volatility and safeguard financial stability in an increasingly interconnected world? And ultimately, how can the IMS better support the overarching goal––Asia’s convergence to advanced country income levels?

Join the conversation via #IMFAsia

Yanqing Yang is Deputy Editor-in-Chief and Anchor of China Business News (CBN). Previously, she was a senior reporter covering finance and business in Liberation Daily. Ms. Yang is a media leader and moderator at various events, including World Economic Forum, Shanghai Forum and IMF conferences. She holds a BA, MA and PhD in Economics from Fudan University. She was a visiting scholar at Johns Hopkins University, USA.CBN has been a media partner for the Fund’s Annual and Spring Meetings for over five years. 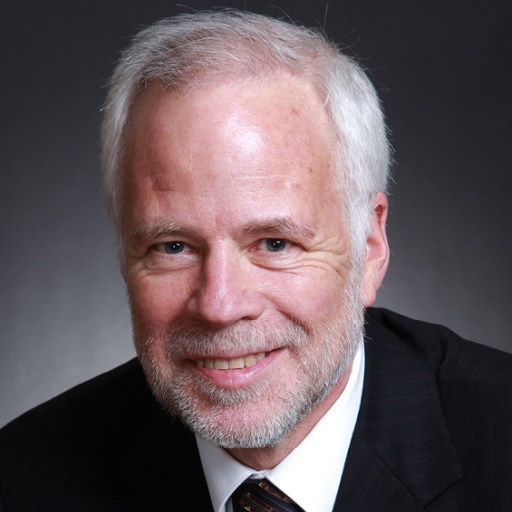 Barry Eichengreen is the George C. Pardee and Helen N. Pardee Professor of Economics and Professor of Political Science at the University of California, Berkeley, where he has taught since 1987. He is a Research Associate of the National Bureau of Economic Research and Research Fellow of the Centre for Economic Policy Research. He has published books and research papers extensively on economic issues including labor and capital markets, emerging economies, international monetary system, and financial system. 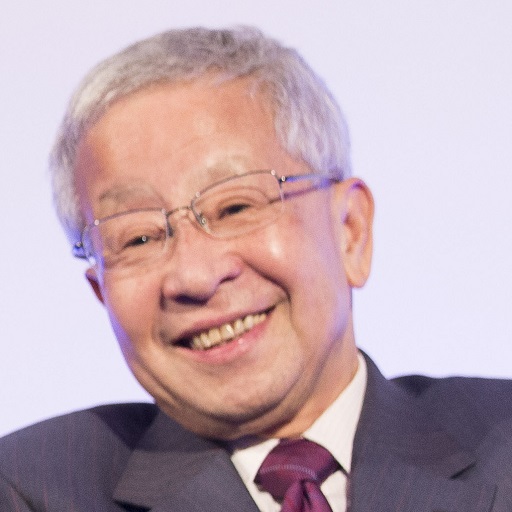 Eisuke Sakakibara has been a Professor at Aoyama-Gakuin University in Tokyo since April 2010. Prior to that he held positions as Professor at Waseida and Keio Universities between 1999 and 2010. Between 1997 and 1999, he served as Japan's Vice Minister of Finance and International Affairs, earning the sobriquet “Mr. Yen” because of his influence over the currency markets. He is renowned as a key advisor to The Democratic Party of Japan.

Andrew Sheng is a Distinguished Fellow of the Asia Global Institute at the University of Hong Kong. He is the chief advisor to the Chairman of China Banking Regulatory Commission and sits on several international boards including Khazanah Nasional Berhad (Malaysia’s sovereign wealth fund). Previously, he held senior positions with the Hong Kong Monetary Authority, Bank Negara Malaysia, and the World Bank. In 2013, TIME magazine named him one of the 100 most influential people in the world. He has also appeared in the Oscar-winning film “Inside Job”. 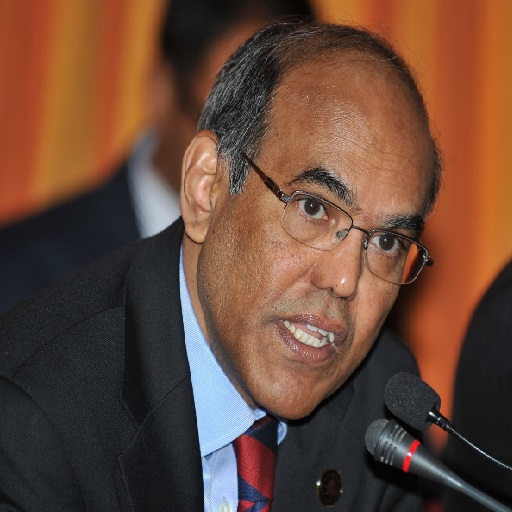 Dr. Duvvuri Subbarao served as Governor of the Reserve Bank of India from 2008–13. He previously held various official positions. He was Finance Secretary to the government of India 2007–08 and Secretary to the Prime Minister’s Economic Advisory Council 2005–07. As a career civil servant for over 30 years, he worked in various positions in the state government of Andhra Pradesh and in the federal government of India acquiring hands on experience in public finance management at national and sub-national levels. He is currently a Distinguished Visiting Fellow at the National University of Singapore. 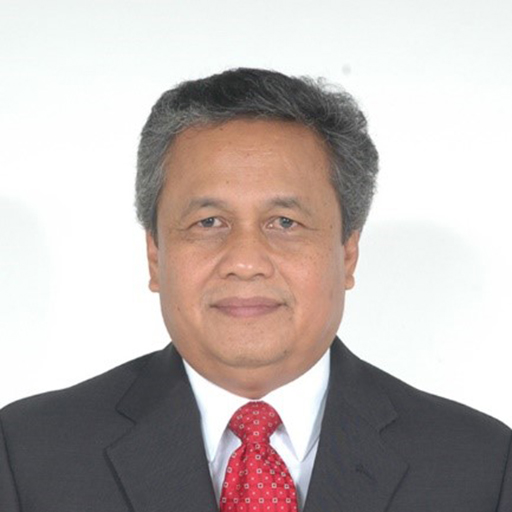 Perry Warjiyo is Deputy Governor of the Bank Indonesia. He began at Bank Indonesia (BI) in 1984, focusing particularly in economic research and monetary policy, foreign exchange management, international relations and organizational transformation. From 2007–09, he was the Executive Director at the IMF, representing the South-East Asia Voting Group. In early 2013, he was appointed Assistant Governor of BI in the area of international and monetary policy, before being appointed Deputy Governor in April 2013.

The seminar explored the adequacy and need for further reforms of the international monetary system (IMS); the implication of the Renminbi (RMB) being included in the SDR basket; the cooperation between the IMF and Regional Financial Arrangements (e.g., Chiang Mai Initiative Multilateralization); and the appropriateness of the IMF’s toolkit in helping members better manage volatility and safeguard financial stability.

- IMS adequacy: On the question of gaps within the IMS, Eichengreen noted that the current system has problems with adjustment, confidence and liquidity, pointing to weak adjustment of trade flows to exchange rate movements; asymmetric adjustments of capital flows; and the shortage of international liquidity, particularly, in safe assets. Warjiyo considered the gaps to be in the lack of coordination of monetary policies, inability to deal with volatile capital flows, and gaps in safety nets in EMs. Pointing to the fact that the IMS was designed 60 years ago, Sheng noted that the old IMS design does not address issues of growth and income inequalities that have surfaced recently, nor does it take account of the development of cyber-economies and climate change issues. He pointed out that financial regulations have imposed large fines and transactional costs to global flows, which have resulted in a much more complex IMS.

- Spillovers: Subbarao pointed to there being no global safeguard mechanism to manage cross-border spillover effects. He noted that while the Fund has attempted to address these concerns through the integrated surveillance decision and spillover reports, he remained unconvinced that the Fund has any impact on brokering or mediating international cooperation where there are spillovers. As such, he felt there is a need for an international body to monitor and manage the impact of spillovers from domestic policies. In response, Eichengreen noted that central banks’ mandates are usually only concerned with domestic conditions and potential spillbacks, and was skeptical that any meaningful cooperation can be reached on monetary policy.  Subbarao pointed out that policymakers have acknowledged the international impact of domestic policies in different international fora, that said, there is no mechanism to deal with the impasse that central banks will only consider domestic conditions and raised the question whether there is a need for an international code of conduct.  Noting the significant impact of the Federal Reserve’s actions on the rest of the world, Sakakibara, felt that the Fed should be more careful in its actions.

- Role of the RMB and SDR: On the inclusion of the RMB in the SDR basket, Sheng noted it as being both a symbolic and substantive event given China is now a large trading partner for a number of countries; has more trading partners than the US; and the RMB is used more than some other reserve currencies in trade payments. Sakakibara, however, felt that while the inclusion of the RMB was important, it is unlikely to have a substantive impact on capital flows. Eichengreen considered that China still needs to develop its domestic financial markets to make progress on the use of the RMB.  Subbarao noted it was not clear how the SDR could transform from limited use to being used in trade as a medium of exchange or a store of wealth; and opined it would not be any more useful than it has been in the last 60 years.  Eichengreen thought that SDR bonds should be issued if governments are serious about its use. Sheng considered that multilateral development banks could issue SDR bonds, so that exchange rate liabilities are spread out, while Sakakibara did not share the view that the SDR’s role should be enhanced.

- Global Financial Safety Net (GFSN): Eichengreen noted that while the headline figures suggest that the GFSN is adequate, the fact was that Asian economies do not draw on Fund facilities nor from regional financing arrangements. He also noted that it was not clear whether the Fed would continue to extend swap arrangements or even extend them to Asian economies. Sakakibara noted that Asian economies are reluctant to draw on IMF financing given the handling of the Asian crisis. He felt there is probably a need for a special fund with a focus on Asia; he thought that the Chiang Mai Initiative could probably take on that role. Warjiyo also felt there is a need for a IMF swap-like facility for well-functioning economies as the SBA and FCL are lending facilities which carry a stigma. Subbarao concurred that the stigma for accessing financing from the Fund remains, and countries are likely to exhaust all other options first before turning to the Fund for assistance.

“There are three important features of a well-functioning monetary system: adjustment, liquidity and confidence. There are gaps in the current system along all three dimensions” Barry Eichengreen, Professor, UC Berkeley

“The basic problem is that the IMF provides only short-term liquidity. What is lacking at the moment is a long-term view [to] solve…structural issues. […] We need to rethink the international financial architecture in that context.” Andrew Sheng, Distinguished Fellow, Fung Global Institute, Hong Kong

“To the extent that inclusion in the SDR is international recognition of your currency, strength of your economy, the openness of your economy, and inspires confidence of other countries, the Indian rupee would love to be included in the SDR.” Duvvuri Subbarao, Governor of Reserve Bank of India (2008-2013), Distinguished Visiting Faculty, National University of Singapore

“What we need with the GFSN is something more on normal liquidity…something like the central bank doing normal repos or swap lines” Perry Warjiyo, Deputy Governor, Bank Indonesia